About Bridal Cave & Its History

The Legend of Bridal Cave

Centuries before the paleface found his way into the Ozark Mountains, this vicinity was inhabited by the Osage Native Americans. Within the Osage tribe many smaller tribes were formed. The following incident is a legend which brought romance and tragedy to this section of the Ozarks and gave the names to many places as they are known today.

Conwee, son of Chief Neongo of the Big Hills (a tribe of the Osage group, which lived on the north shore of what is now known as Ha Ha Tonka State Park), fell in love with Wasena, daughter of Elkhorn, Chief of the Little Hills, who lived on the north side of the Osage River near the junction of the Niangua, and greatly desired that she become his wife. Neither Wasena nor her father looked with favor on his intentions, Conwee however was not to be discouraged. He left his camp at Ha Ha Tonka one dark night with a number of his braves, crossed the Osage River near the junction of the Niangua and kidnapped Wasena and her companion, Irona. Hastily, recrossing the Osage River, Conwee started back to Ha Ha Tonka. As dawn approached and threatened to reveal them to their pursuers, they decided to stop at the cave, now known as Bridal Cave, and conceal their captives. After a short time in the cave, Wasena eluded her captors and ran swiftly toward a high cliff that towers two hundred feet above the Niangua River. When Conwee had her almost within his grasp. she reached the edge of the cliff and without even a backward glance sprang over the the brink into the valley below, choosing death rather than life with one she did not love. From that day forward this cliff has been known as “Lover’s Leap”.

The fate of Wasena’s companion, Irona, was very different. She had long loved Prince Buffalo, another son of Chief Neongo of the Big Hills Tribe, and brother of Conwee. After a period of mourning over the death of Wasena was ended, Irona and her Prince Buffalo chose to be married in the cave where she and Wasena had been held captive in the beautiful stalactite – studded room now known as the Bridal Chapel, and gave the name “Bridal Cave” to the scene of the nuptials. 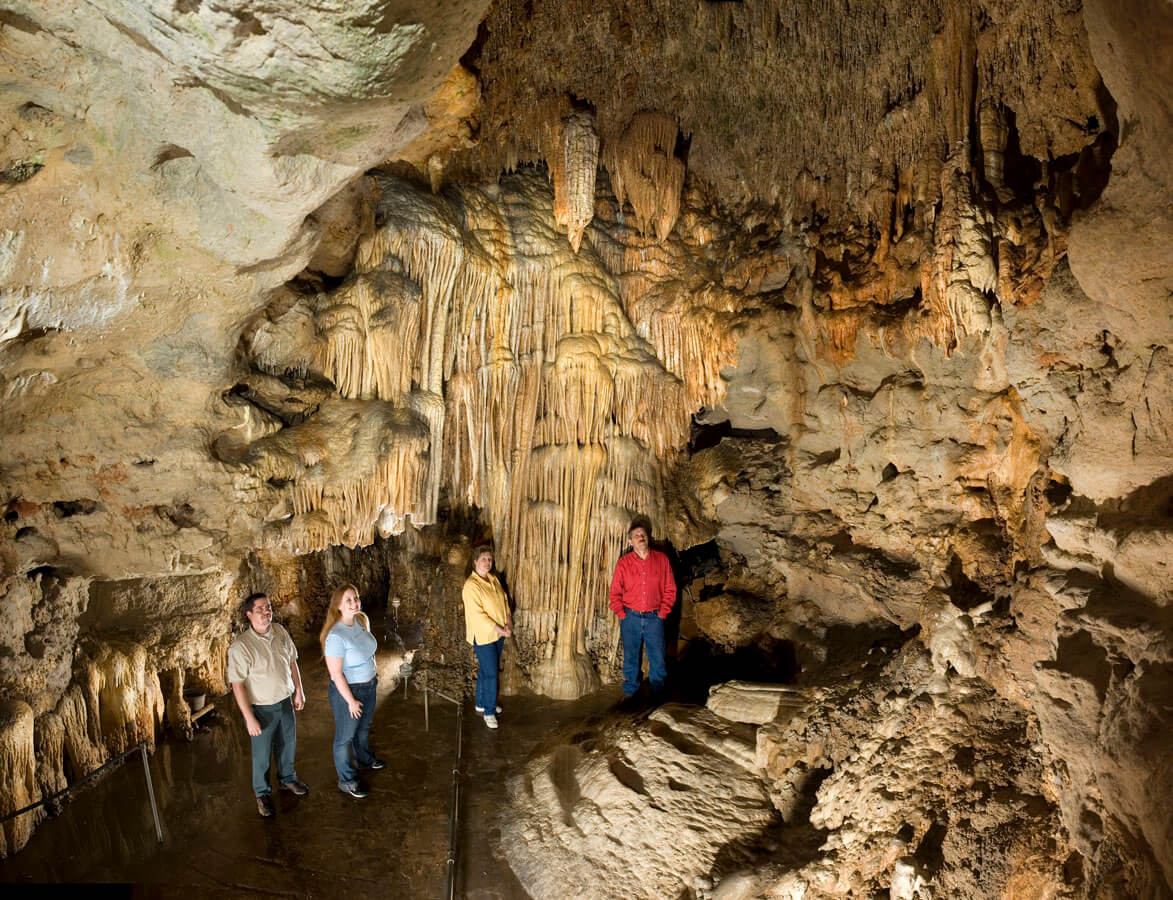 Centuries ago the Osage Native Americans discovered the pristine beauty that lies beneath Thunder Mountain. Local folklore tells of a legendary Native American wedding ceremony held in the cave in the early 1800s.

Today this magnificent natural wonderland is called Bridal Cave. In keeping with the tradition of the Native American legend, the Cave can be reserved for a romantic wedding chapel. Over 3,000 couples from around the world have exchanged vows in the stalactite adorned Bridal Chapel. Chapel available by Reservation.

Discovering the secret of “Mystery Lake”

Word spread fast among the pioneering settlers of this wondrous cavern. After decades of primitive exploration, this astounding natural treasure was officially protected in 1948 for generations to come. Ongoing exploration of this massive cavern recently uncovered chambers of incomparable beauty including the crystal clear waters of Mystery Lake. Two years of painstaking development were needed to reveal the once rumored passages. Now visitors can experience the intriguing marvel that only a handful have seen. 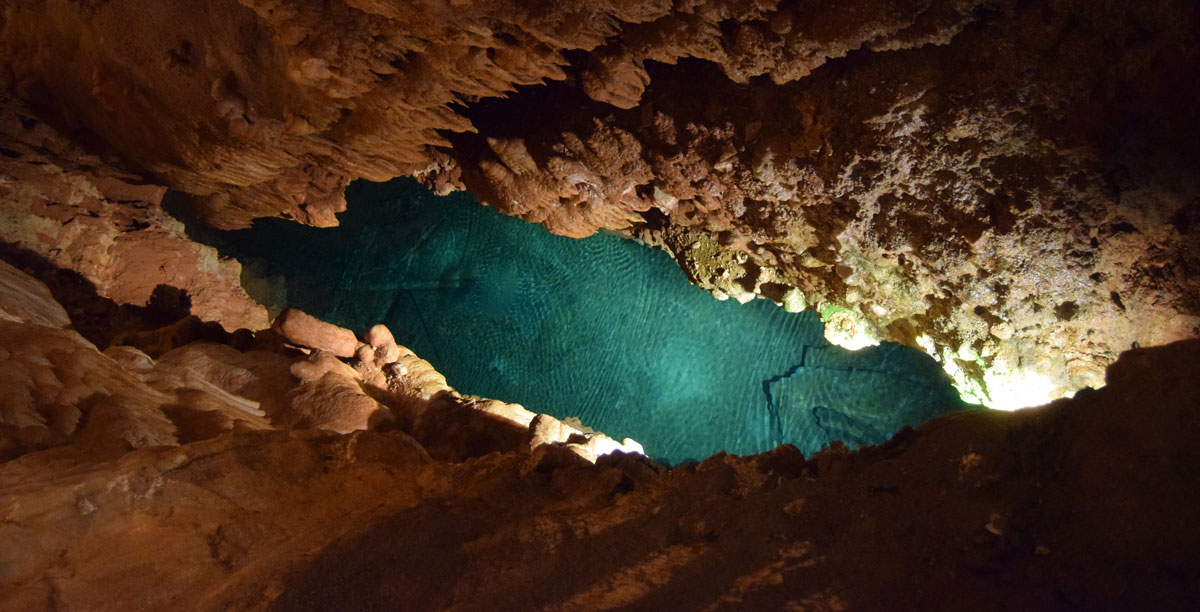 Rated as one of the most scenic caves in America

Guided tours leave every few minutes and last approximately one hour. Tours are conducted over concrete pathways through the Cave’s refreshing 60 degree environment. Park interpreters will lead you and your family through room after room of incredible mineral deposits. Giant columns, delicate soda straws and massive draperies abound throughout the cave. Millions of years of struggle between water and rock have created this cavern with more onyx formations than any other known cave or cavern. In fact thousands of school children each year explore Bridal Cave as part of their educational program. A tour through Bridal Cave is a family adventure you will never forget.